Imperial straight flute taps are general purpose taps designed for cutting threads in pre-drilled holes. They can be used in cutting threads in through or blind holes. A thread is started using a taper tap with a subtle diameter transition for minimal torque requirement. An intermediate tap is then used to complete the thread and then a bottoming tap is used for finishing threads, especially in blind holes. Straight flute taps are available in various imperial standard sizes and thread forms. 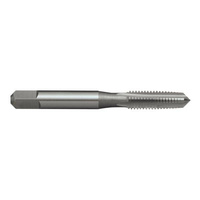 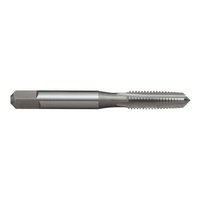 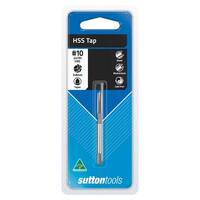 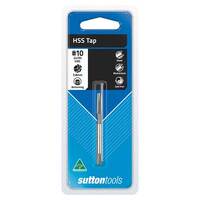