Imperial hand taps are hand held devices used to cut an internal thread in an existing bore. An appropriate tap wrench is used to clamp and turn the taps through a bore to cut a thread. With hard materials, a thread is started using a taper or roughing tap with a subtle diameter transition for minimal torque requirement. An intermediate or plug tap is then used to complete the thread and then a bottoming tap is used for finishing threads in a blind hole. These taps are available in various imperial standard sizes. 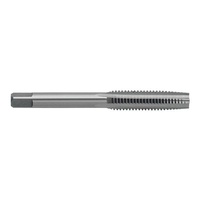 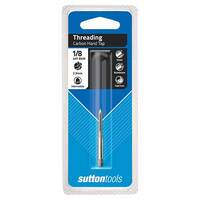